Have a wired POS Receipt Printer, but you really need a WIFI enabled printer for your Point of Sale system?

The WIFI Power Pack bundle was specifically put together to convert your existing wired printer into a WIFI printer that doesn’t need to be tethered to anything but a power cord. If you’ve currently got a STAR thermal receipt printer and you’ve always wanted to ditch the cables, the WIFI Power Pack is your answer. 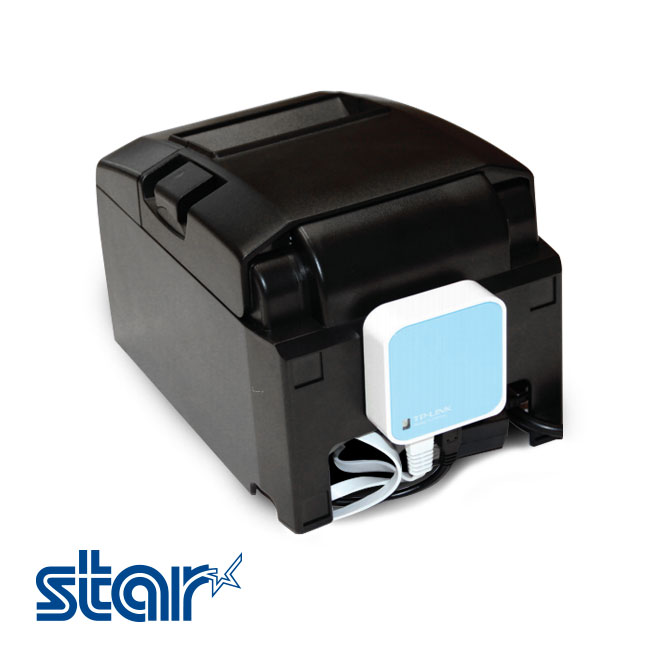 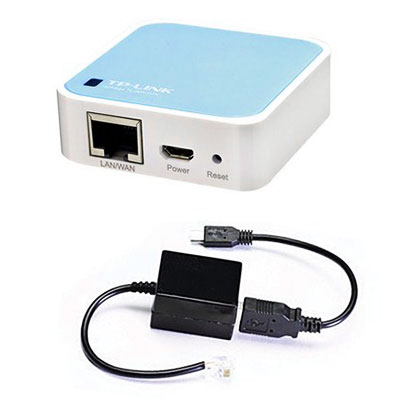 Simply put, the purpose of this WIFI Power Pack is to convert an Ethernet based printer to WIFI while retaining the ability for your iPad to open the cash drawer automatically. Why would you want to convert your printer to WIFI? There are many reasons actually: You might have a mobile setup and want to increase the flexibility of your wired printer where running cables isn’t possible or easy. You maybe be in a kiosk, or storefront and need to rearrange your layout but don’t want to incur costs of running cables. Or maybe you’re looking for the freedom to print at multiple locations some of which are easily wired while others aren’t.

The WIFI Power Pack has specific task in mind and that is to convert your existing wired thermal receipt printer into a WIFI enabled iPad printer. In the box you will find a micro router, power module, USB connector and Ethernet cable. Connecting all the pieces together is easy, the router is even powered by your printer’s power supply so you don’t need to take up another electrical outlet. Once the pieces are connected there are some steps you will need to take in order to connect your new Power Pack to your existing network so that your iPad POS System can connect and print to your WIFI printer.