Will Softcard be next in the pocket of Google Wallet?

Could it be? It might be true. Looks like Google has its eyes set on once again raising the bar in the mobile payment industry. Multiple reports about possible acquisitions and curiosity surrounding several meetings have caused some speculation as to what the search engine giant has planned next for their mobile payment venture and how it plays into the already existing applications.

Since the release of the Android mobile devices, Google has continuously tried to outperform its last success. Never wanting to lose momentum, Google set its sights on dominating the mobile industry—not only by the software it produced, but by offering consumers options and applications to simplify their daily lives. One area of opportunity the company took interest in was the possibility of combining the mobility of their service with the technology of payment processing. Realizing at the time this was an untapped market; Google jumped at the chance to create a service that would allow customers the ease of streamlining online and in-store payments—from that came Google Wallet.

In May of 2011, Google released the concept and first trial run of the payment application in hopes of reaching a broader audience. Google’s “Google Wallet” was introduced as a one-stop-shop for consumers who wanted a more secure, streamlined and modern way to pay for online orders to everyday items. Targeting the tech savvy consumer, Android users were now able to load credit, debit and rewards card information into the application where it was separated accordingly. Consumers could now pay with the stored data at participating retailers that had compatible POS terminals—everything with a tap of the phone, no more swiping. Sounds great right?

Despite being one of the first larger tech companies to branch out into the world of POS and payments, the Google Wallet was still finding it difficult to make a massive impact in the market—not quite what they envisioned for the product.

Recently in October of 2014, the world was introduced to a brand new venture by long-time rival and tech favorite, Apple. Seeing the potential for their own “apple heads”, the company released its own version of a mobile payment application known as Apple Pay. Similar to the functions of Google Wallet, Apply Pay is a way for consumers that have iOS to store payment information on their mobile device and use at participating retailers. The irony in this scenario is although Google Wallet has been in operation since 2011 with more retailer partnerships; Apply Pay has double the amount of users which has given them almost 2% more of the market over Google.

“With Apple pay picking up in popularity and PayPal going solo later this year every major tech company is rethinking their mobile payments strategy.”

So what is the strategy for Google? From multiple reports, it seems like procurement and SoftCard is the answer.

Long before the Wallet and Apple Pay, there was SoftCard. At the height of the mobile-tech boom, three of the largest cell phone providers decided to capitalize on an industry not attempted before—mobile payments. SoftCard (formerly known as Isis but has since changed for obvious reasons) is the product child of three major mobile telecom providers: Verizon Wireless, AT&T and T-Mobile USA. In 2010, SoftCard was launched in the hopes of gaining a larger audience and drive more people to utilize mobile devices to streamline life as much as possible. Unfortunately SoftCard did not grab the attention it once thought possible and has since faced an uphill battle. From 2014 to 2015, SoftCard has experienced major setbacks even though they have one of the largest partnerships with retailers. Over the past year, reports of the company operating in the red have been constant. In the past month, they have experienced a large decrease in usage of the app, so much so they have had to lay off nearly 100 of their employees and have been reported as telling much of their staff not to come into work until further notice.

“Softcard is taking steps to reduce costs and strengthen its business. This includes simplifying the company’s organizational structure and consolidating all operations into its Dallas and New York offices, which involves layoffs across the company,” —Spokesperson, SoftCard 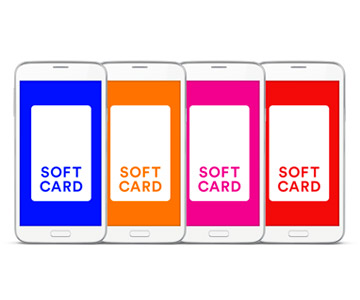 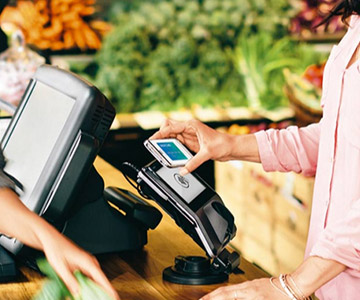 Regardless of the faulting success of SoftCard there is an apparent light at the end of this dark tunnel. Two companies have realized the possible potential that lies within SoftCard and its connections to the telecom business. PayPal has shown significant interest with SoftCard however Google is making greater strides to acquire. In reports spanning multiple sources—TechCruch, CNBC, Digital Trends and others, Google has been in talks with SoftCard to purchases the company for a significantly low amount—$50 million. Not bad for acquiring a major company.

Even though Google has been hush-hush on the situation and quick to dispel any rumors of the possible partnership “we don’t have a comment, background, deep background, off the record steer, nod, wink or any other verbal or non-verbal response to these sorts of rumors,”—Google, SoftCard has spoken ambiguously regarding the situation citing if they were in fact to jump ship and permit themselves to fall under any other payments company, they would indeed connect with Google for two reasons: the connections with Android software and telecom industries.

If the rumors are true Google stands to gain over 200,000 new merchants, not including the consumers that currently use the application.

Whether or not Google and SoftCard come to fruition is still TBD. What we do know is if both companies come together, it would be a benefit both. It would give the chance to revitalize both images and allow for a greater impact on the payment game.