Are you ready for change? EMV is coming, and it’s here to stay.

In late 2013 during one of the busiest shopping seasons of the year, Target — one of the United States’ largest and beloved retailers, suffered a massive security breach. More than 70 million people who had shopped in store that year from November 27th to December 15th and used a debit or credit card to make their purchase, had their personal information either stolen or compromised. That included card data, names, addresses, phone numbers and any other info connected to their accounts. This however was not an isolated incident.

More recently, in October of 2014 several banks received a spike in complaints from consumers stating they had been hit with fraudulent charges stemming from another big box retailer; Staples Inc. Similar to Target, multiple sources of personal data were lifted from the unsuspecting customers. As payment security was bypassed, malware was loaded into the POS systems allowing cards to be copied and used at other locations.

It is intriguing what can happen when you plan to pay $40 at the grocery store and end up with a $400 fraud charge clear across the country.

So what’s being done to prevent this? How can businesses protect not only you from fraud, but themselves? Remember, when fraud is committed against a retailer, they must find some way to offset the loss. That could mean cut-backs in staff or higher prices at the corner store. 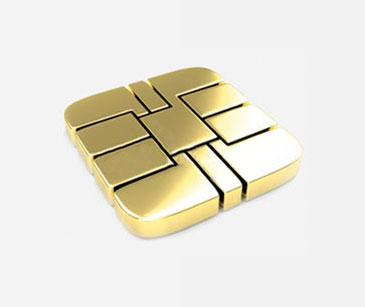 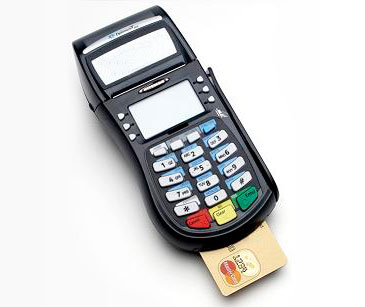 As we progress into the New Year, businesses feel the pressure to expand into new avenues and take on new security measures — EMV being one. 2015 will bring about many changes within the payment industry. One of these changes will be the incorporation of EMV cards and compatible POS systems. Not to be confused with NFC (Near Field Communication), EMV (Europay, MasterCard, VISA) will provide extra security to the merchants who process the transactions and consumers who provide their personal payment information.

Increasing security, protecting customers and saving money; EMV is coming to a retailer near you and is here to stay.

What is EMV?
If you haven’t seen or heard yet, you soon will—here’s is a quick rundown. EMV or Europay, MasterCard, VISA (named after the companies that originated the payment standard) is a data-driven form to increase security and protect against fraudulent charges while paying at the register. EMV is known as a smart-payment system that uses an embedded chip containing microprocessors on a credit or debit card, similar to a SIM card in a cell phone, which transfers payment information from a person’s card to the merchant. Already adopted throughout most parts of the world (Europe, Canada, Latin America Middle East and so on), the US is one of the last countries to enact in this standard.

Small size, with big benefits.
Although small in size, the chip contains a lot of fragile information that is significant to safeguard—a loss of this can cause major problems. Within the embedded chip lays the microprocessor, much like a computer. The way it works is pretty simple; when the card is used at a terminal, the data becomes fully encrypted by the chip. That means that while you’re paying for the double latte, your name, card number, expirations date and security code are all being scrambled and decoded. This happens every time you pay with EMV; this way data cannot be copied or lifted by a third-party. Ah, technology, neat when you think about it.

What’s next?
Get ready to make the switch — it’s a benefit in the long run. While we all wait in anticipation for retailers to implement this new process and bank and credit card companies to send out new cards, take precautions. Be conscious of when and how you use your cards, keep in contact with your financial institutions and always report anything you feel may be suspicious activity. It will save you time, money and a lot of headaches.