NO CHANGE? NO PROBLEM THREE Ways mPOS is Changing the Way Consumers Tip

Cash is no longer king. Cards, apps and electronic wallets are changing how consumers make payments (and how small businesses do business). Small merchants everywhere are scrambling to get their hands on mobile point-of-sale (mPOS) software (apps) to collect payments. Forbes predicts mobile POS systems, particularly iPad POS offerings, are the future of POS systems.

The adoption of this new technology is changing consumer behavior—rapidly—proving significant to small businesses and their employees. Consumers are no longer limited by the cash in their wallet for making purchases, and as a result, consumer tipping is changing.

IPad research firm Software Advice reports use of mobile POS systems results in an increase in the frequency and amount of tips left by customers. Why? Because mPOS systems use subtle tactics to increase tips—great news for hard-working employees.

1. Default Tipping
mPOS apps have integrated slick “default” tipping amounts, limiting tipping options for consumers. Once a credit card is swiped on a mobile POS system, a screen pops up asking how much to tip. Two factors seem to be at work here for consumer tipping behavior: 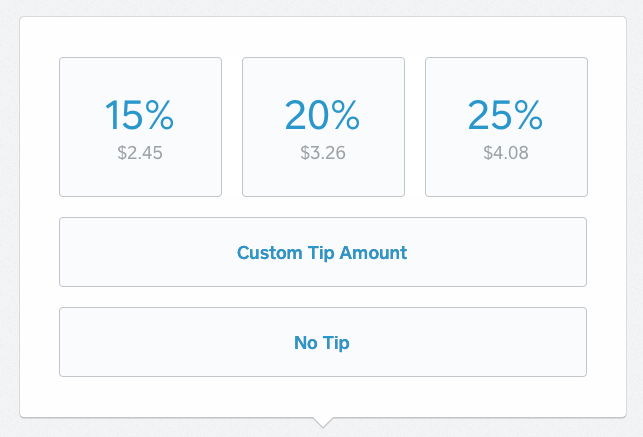 2. Guilt Tipping
Clever design in the mobile POS space is also playing on consumer behavior to increase tipping overall—gone are the days of consumers passively (or passive aggressively) filling in a paper receipt. Often the signature screens on mPOS systems are kept separate from the tipping screen, so customers can’t move on to sign their receipt until they’ve chosen a gratuity amount. Then there’s the “no tip” option, making tip avoidance more difficult. Michael Lynn, a nationally recognized expert on tipping, describes this, “It’s easy to ignore a tip jar, especially if it’s already empty” but, “it’s harder to ignore a glowing screen asking how much you would like to leave as a gratuity.”

3. Social Tipping
That guy who always tips less than 10% probably wants to keep it secret, and definitely wants to avoid an awkward moment with his waiter or waitress. Servers everywhere rejoice—mobile POS systems capitalize on the social pressures of tipping. According to Software Advice, 41% of consumers increase their tip if their server or cashier is close by.Consumers are especially influenced by social tipping in coffee shops or at food trucks where the person taking payment is directly in front of the consumer. 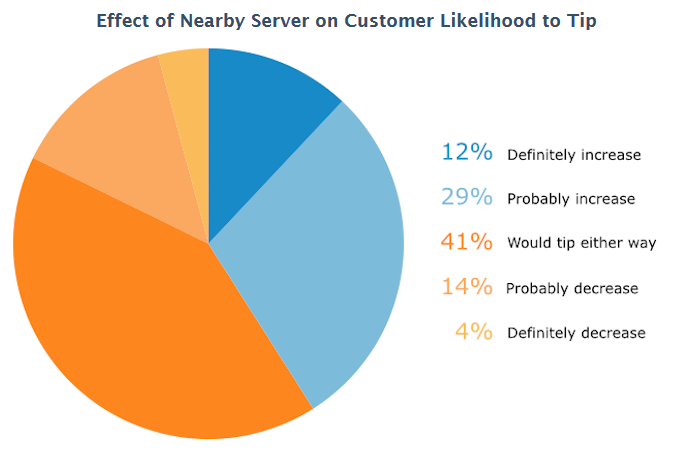 Author Rachel Levin says, “The whole tipping exchange seems less like a meek request for a handout and more like an evenly matched game of computer chess. When the iPad swivels around, it’s as if to say: Your move.”

While these new apps call out bad tippers and non-tippers and give an extra nudge to tip properly, the bigger advantage of moving to an mPOS system is the ability to provide greater overall service to every patron (and so much more).

Are you ready to find out which mPOS solution will change how you do business? Give us a ring. Our POS Portal representatives can get you all the information you need. Contact us.